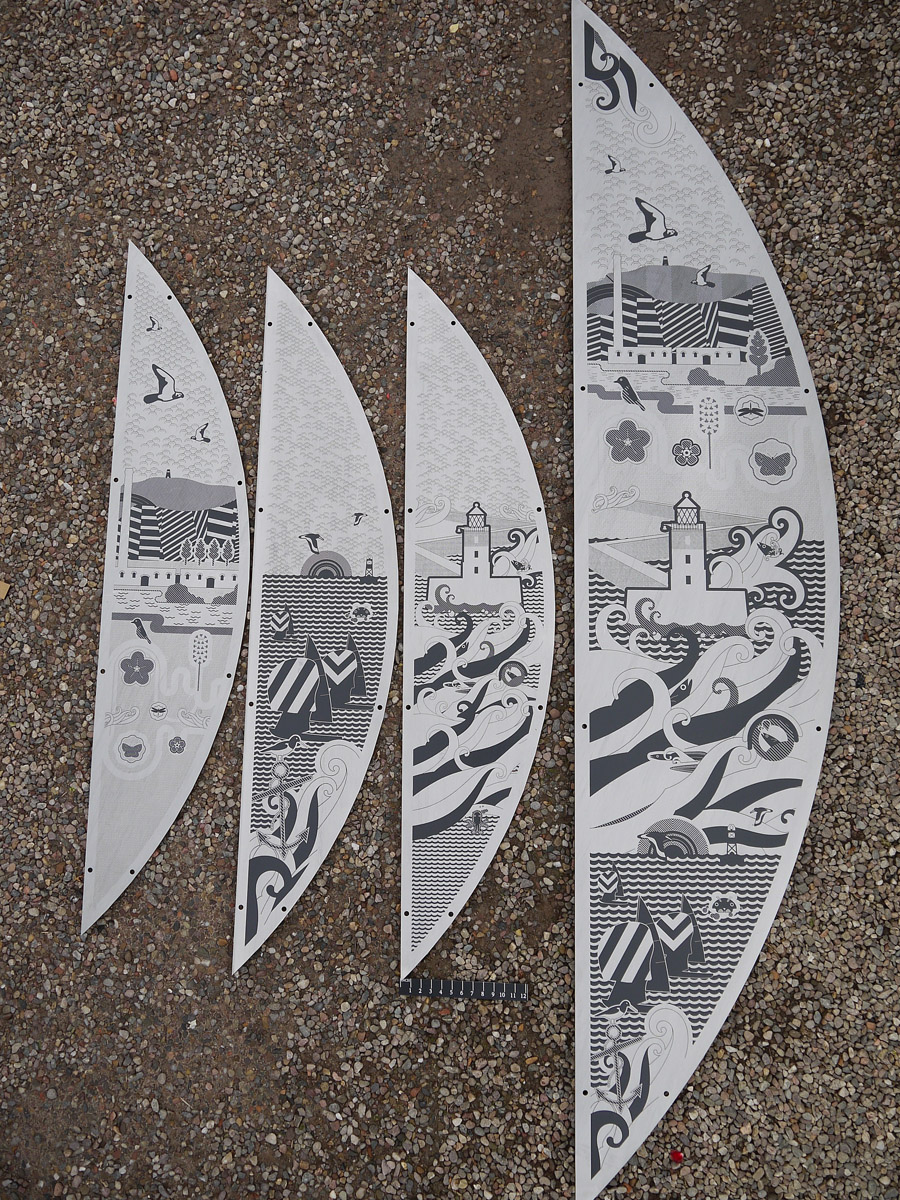 There are two types of etching, “acid” etching (which doesn’t actually use acid at all – but that’s another story for another day) and laser etching, which is largely used for non-metal materials such as wood, acrylic, paper, textiles, plastics and leather.  We can make signs up to 600×400 mm on our laser bed.

Laser etching employs a gas laser based on a carbon dioxide (CO2) gas mixture, which is electrically stimulated to produce a wavelength of 10.6 micrometers (a micrometer is 1 millionth of a metre).  CO2 lasers have a high efficiency rate and a great beam quality, making them the most widely used type of laser etchers; the others types are fibre and vanadate lasers.  Laser etching involves no inks or tool bits, so it’s a very clean process.

The laser is operated by the computer on which the artwork is made ready.  The computer controls the direction, intensity, speed of movement and spread of the laser beam, just as a human would control a chisel when doing a stone carving.  The only area that will be cut is the area the beam hits, so there’s no risk of peripheral damage, unlike with acid etching.

The image to be cut has to be a vector file suitable for the purpose.  Because the laser acts like a pencil, the artwork has to be a line drawing or text; for that reason photographs or other images with large “solid” areas aren’t suitable for laser etching.

The laser is lined up at the beginning of a cut using a harmless red light which shows exactly where it will start cutting.  This is important, as the laser starts cutting as soon as it’s switched on.  The laser beam is reflected in three mirrors before passing through a lens that concentrates the light to give it its cutting strength.

The energy that the laser produces changes the surface of the material that the laser hits.  The surface may heat up and vaporise, or it may fracture (which is known as “glassing”) and flake off.  This is why metals and glass cannot be laser etched very easily: the light bounces back off the shiny surface instead of vaporising it (but see below).

To remove the debris from the etching, there are two dust-extraction points: one at the back that pulls dust from the surface when etching, and one underneath to remove the dust from cutting the material.  The laser is air-cooled – lasers naturally produce a great deal of heat.

Laser etching on stone and slate

As well as laser etching, we can do laser marking on stone and slate.  This is a slightly different process during which the laser fractures the pores in the surface of the stone to expose natural crystalline fragments. The depth of engraving on stone is shallower than on softer materials, but the results can look very interesting.

We said above that you can’t laser-etch metals, but we can use the laser to mark metal plates that have already been acid-etched. We spread a special permanent marking paste in the required places, and that is then lasered indelibly into the acid-etched area, leaving it completely vandal-proof.  The paste comes in “any colour you like as long as it’s black”, just like the Model T Ford!

We also use the laser to cut out very fine lines and letter which are too small to remove by hand, even with tweezers, but we can’t use this method on brass as it’s too shiny and reflects back the light of the laser.

Laser etching is a precise, clean and effective way to transfer linear images and text onto softer materials such as acrylic and wood, which makes it ideal for plaques and house signs in a variety of styles.

This site uses Akismet to reduce spam. Learn how your comment data is processed.